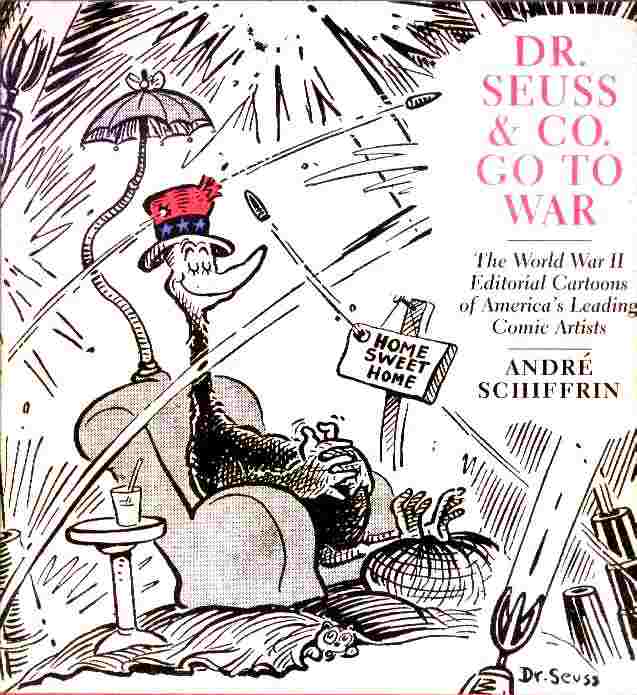 Book Condition: As New in As New dust jacket; No visible defects. Interior pages are clean and unmarked.

©2009, 1st Printing. In Dr. Seus & Co. Go to War, the PM World War II archives have yielded an unexpected and astonishing new treasure trove of more than three hundred trenchant political cartoons by Seuss and a cohort of legendary cartoonists of the time, including Saul Steinberg (whose covers and drawings appeared in the New Yorker for nearly six decades), Al Hirschfield (who, while working for the New York Times, immortalized the icons of American theater and film for the better part of the twentieth century), Arthur Szyk (whose political illustrations, caricatures, and cartoons were in the style of medieval miniaturistsand illuminated manuscripts), and future New Yorker cartoonists Carl Rose and Mischa Richter, among others. ; Square 4to 9" - 11" tall; 280 pages; 10/14

Book Condition: As New in As New dust jacket; No visible defects. Interior pages are clean and unmarked.